The Chinese Company has landed hard on the Nepali market, taking up most of the sales in the past few years. Xiaomi phones have garnered a lot of interest in the Nepali market in the past few years, hence falling in the list of best mobiles in Nepal under Rs. 20000. Xiaomi has released some pocket-friendly phones on the market, and Xiaomi  MI4 is also one on the list.

Xiamoi Mi4 has been equipped with an excellent camera with 13 MP IMX214 BSI sensor on its back. The back f the camera also comprises of a Led flash. The aperture of the primary camera is f/1.8 and it has six-element lens. This is why the camera smartphone has landed a top position on the list. The device has the capability of recording 4K UHD videos. The device has an 8 MP Sony Exmor R sensor embedded to its front. It has a five-element lens with an aperture of f/1.8 and takes stunning selfies. This camera smartphone is a good one and is priced at Rs. 17, 999. The detailed specification of the device is:

Sony Xperia XA was released with a big price range of 34,499 rupees. However, the price range of the phone has lowered down to Rs. 19,000 thus making it one of the best mobiles under 20,000 in Nepal. Sony smartphones have been designed to give the very best, and this phone is no short of perfection. The rear part of the phone comprises a 13 MP camera with IMX258 Exmor sensor. The camera gives out accurate images with vibrant colors. With ample lighting condition in place, the photos are immune to noises. To avoid blurry images from forming, one needs to have a steady hand while using this phone.

The selfie camera of the phone is 8 MP and has a Sony IMX219 Exmor R sensor. The camera also packs a lot of details into the frame, bringing about natural skin tones in contrast to the fake looking selfie cameras deployed by other phones.

The device allows 1080p video shooting at 30fps. The specific features of this mobile are:

General Mobile GM5 Plus is another one of the best mobiles under 20,000 in Nepal.the GM5 is equipped with Stock Android system. It has an unadulterated feel of Android OS and also has an impressive set of cameras to inspire people. The specifications of this mobile include a primary camera of 13 MP and a front facing camera of 13 MP too.

The crisp and well-detailed images are made even better with the proper amount of color saturation exposure. The HDR mode increased the vibrant of the colors and the presence of Led flash and Autofocus on both cameras is an added deal. The cameras are capable of shooting HD videos with 30fps. The GM5 Plus price in Nepal is Rs. 19, 999. The extra features of the phone are:

Sony is renowned when it comes to the provision of good cameras in its mobile phones. The photography aspects of its camera smartphones are unparalleled to many. Sony Xperia L1 is one such example. The device has a 13MP primary camera with f/2.2. It is equipped with a Led flash and is good at taking headshots. The colors of the images clicked in this camera are close to normal, and the device is free of shutter lags and washed pout images.

The front camera is equipped with a f/2.2, 5 MP shooter. Both cameras can capture Full Hd videos with ease. Other specific features of the phone are:

Samsung Galaxy J5 prime is another deserving phone on the list of the best mobiles under 20,000 in Nepal. Samsung has a good camera in the mid-range section and sports a 13 MP camera on its back. The camera is accompanied by a Led flash and has an autofocus and wide aperture f/1.9. The larger aperture and flash of the phone makes it perfect for selfies. The produced photos have proper color saturation and a natural tone. The phone also has the features like face detection, panorama, geo-tagging, touch focus etc. embedded into it.

The selfie of the device has a 5 MP camera with a f/2.2 aperture. The photos taken from this mobile are decent under ample lighting condition but might fall short in dim lit places. The phone is worth 20000 and the other features of the phone are:

Gionee X1s camera smartphone comes with the tagline of “Super Selfie, Super Battery”. True to its name and good on performance, the phone is another one on the list of best camera smartphones under 20,000 in Nepal. The cameras host a 13 MP lens with an aperture of f/2.0 and are accompanied with a Dual Led flash and autofocus. The camera interface on the Gionee X1S has functionalities land handy features which takes photo clicking to a whole new level. The white balance and color saturation of these mobiles creates good quality images with crisp details. 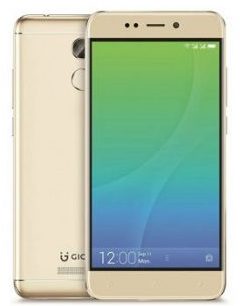 The front camera is a 16 MP shooter and is capable of taking nifty shots. Needless to state, this mobile phone has focused more on the selfie camera, thus embedding the phone with the face beauty feature. The phone has a fingerprint scanner which also works as a shooting button, thus facilitating selfie-taking. It has a 4000mAh battery which will allow you to take selfies and photos all day long. Other features of the phone are:

The toned down version of Lava A3, the Lava A3 Mini also falls on the list of the best mobiles under 20,000 in Nepal. it has a primary focus on the camera and gives decent shots with color saturation and white balance perfected out. Natural skin tones accompanied by fine details are an added attraction.

The phone boasts a primary camera of 13MP with a LED flash, a Sony IMX 258 sensor and f/2.0. the camera gives the clear picture in natural settings with ease.

The front camera has a 5MP lens with single Led flash and natural skin tones with subtle details. The Led flash component compliments low light conditions and is perfect for taking photos of situations that lack proper illumination. With the unlocking time of 0.26 seconds, the phone is marked at the price of 16,999. The other specifications bundled in the Lava A3 Mini are:

Samsung J7Nxt is another one of the best mobiles under 20,000 in Nepal. this device is equipped with a 13 MP rear camera and a front camera of 5 MP. The primary camera has a wide aperture of f/1.9 while it is also equipped with Led flash and autofocus. The ample lighting conditions create good photos in this camera, with colors popping out and offering a good dynamic range. The device is immune to noise and grainy appearance.

The front selfie shooter has a 5 MP lens with Led flash. The selfie shooter gives out natural colors, vibrant details and is also suitable for taking selfies on low-light scenarios.

Another camera on the list of the best mobiles in Nepal under rupees 20,000 is the HTC Desire 650. Standing true to its name, it is one of the most desired smartphones under 20,000. It is equipped with a 13 MP primary camera which encompasses full HD videos. The rear camera of the phone has a f/2.0 aperture encompassing a LED flash and autofocus feature. Nifty shots with good dynamic range can easily partake with the use of this camera. The shutter speed time is negligible too.

The front camera is equipped with a 5MP lens and HDR mode capabilities. The color tones of the same are enriched, and the camera is capable of recording Full-Hd videos at 30fps.

Related: How to Find My Lost Phone? Best 3 Ways

Moto E4 Plus is another one of the best mobiles in Nepal under Rs. 20,000.  The highlight of the phone is its long-lasting battery, which will allow you to take selfies and photos all day long. The optics side of the phone is strong too, with the primary camera of the phone being 13 MP. The primary camera is accompanied by a f/2.0 aperture, Led flash and autofocus feature. The natural color tone enriched vibrant colors and plenty of details make the Moto E4 Plus a good deal to catch.

The front camera as a 5MP, f/2.2 camera with Led flash. The beauty mode feature is also embedded in the phone itself. The shutter speed, ISO, and the exposure, however, are limited in the phone.