Buddha lama has won the first biggest Real Nepali show Nepal idol defeating his rivals with the Nisan Bhattarai and Pratap Das, on Sep 23. While the most Nepali people busy on watching the foreign reality TV shows with no expectation of watching the Nepali show something like Nepali Television channels, AP1 television brought Nepal idol which was produced under the format created by Simon Fuller and owned by Fremantle media and 19TV Ltd.

The winner was selected through SMS and mobile app voting which started at 8:45 pm Thursday and over at 5 pm Friday. As a prize, he has received the cash prize Rs 2 million with a KUV 100 vehicle of Mahindra. And at the same time, he got the music video contract. 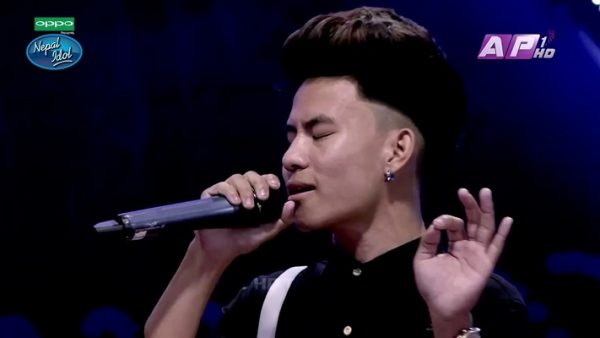 He was born in Pokhara on November 23, 1997, and he has started his music career from his school. He studied in Mahindra higher secondary school. His father Santa Bahadur lama is a dustman at the municipality while his mother is a housewife. Their past house was Dhading and on 2042 B.S. they migrated to Pokhara. Before four years ago, He had recorded ‘Kasari Timilaai ….’ His family is more supportive of him, they focused him on his interest and showed him a good path to be a good singer.

Finally, he was awarded and won the Nepal idol. He said that he wants to become adorable not for his community only but for everyone in the country. He will peruse his career in music and makes his music more appreciating by the people.

According to the organizer, as many as 93,100,000 votes were cast during the period And Nepal idol has delivered a total 38 episode that possessed the quality of global standard. He was the fourth top singer in the singing competition of BIG ICON 2012, second as a performer in the various shows and third as the few records, and finally, he won the Nepal idol. Nisan Bhattarai was the first runner-up and Pratap Das is the second runner-up.

He is studying Tourism Hospitality Management. His journey began after his sister dragged him into the music scene and dragooned him into enrolling at Trivel Sangitalaya institute. At the same time, he started learning the music and playing the harmonium, along with other percussive and stringed instruments, in the Gurukul Institute. He had his own music band named tan dap but due to one of his friend died, so they left the music band.