Nepal government’s new salary scale has been released. Government has decided to hike the salary of non-gazetted government officials by 20 percent and that of gazetted officials by 18 percent from Sharwan 2076 B.C. 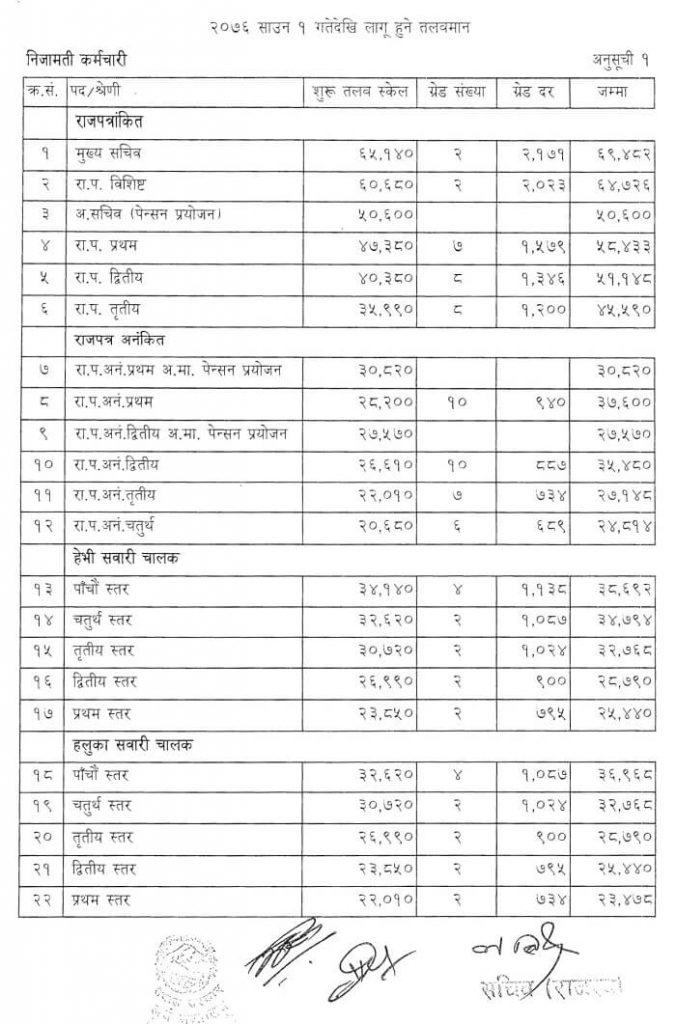 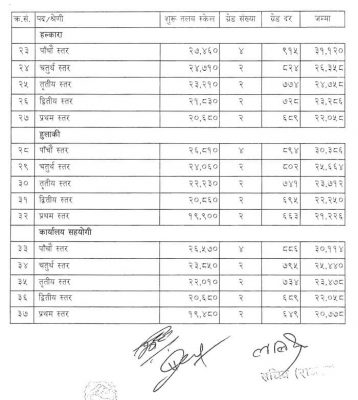 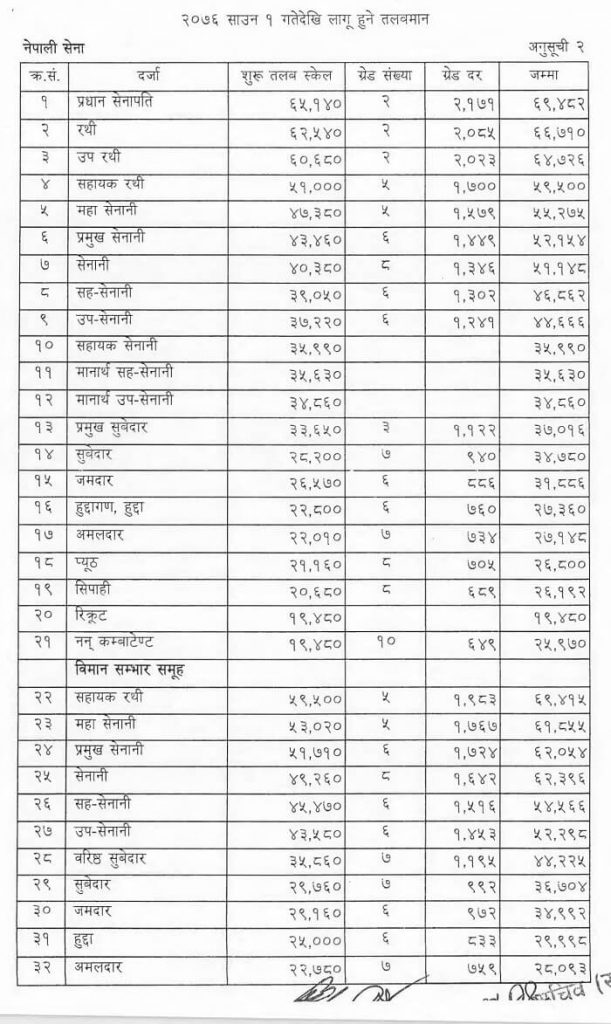 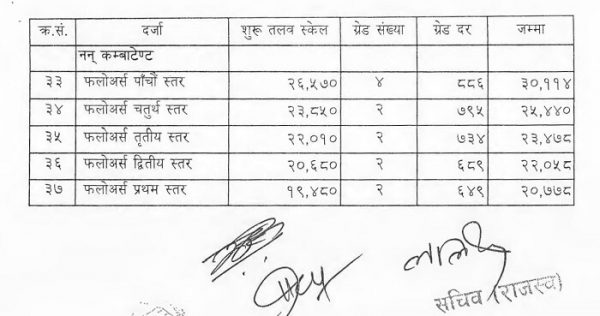 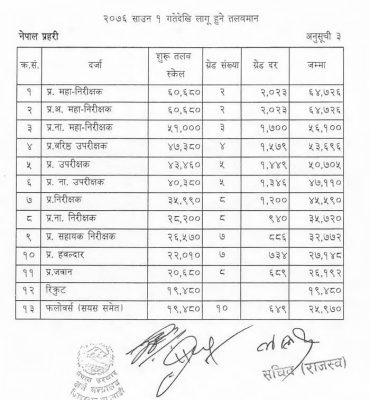 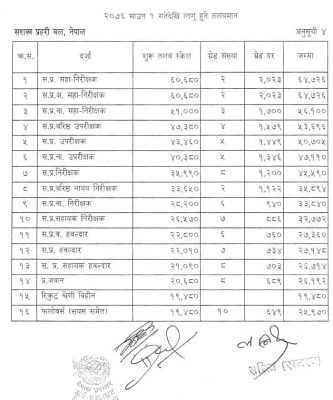 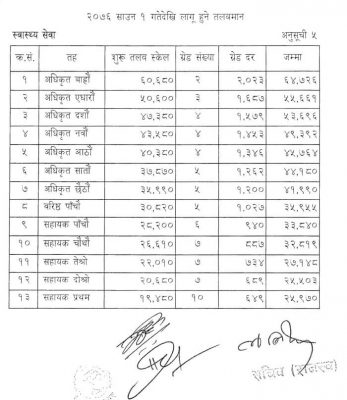 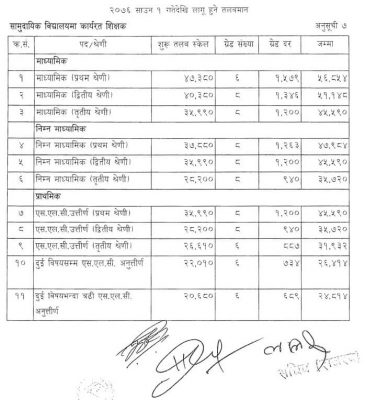 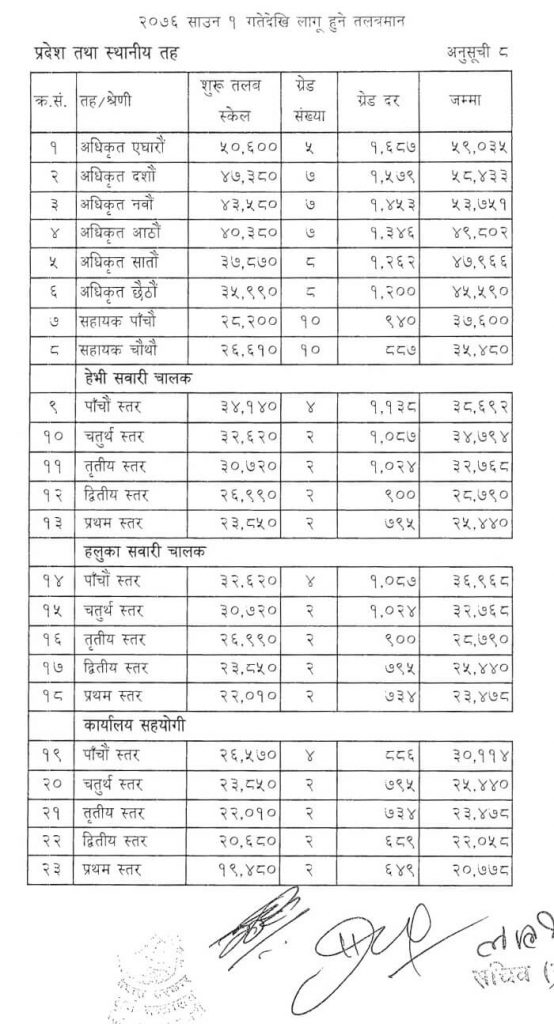 These salaries scale was been enforced by the Cabinet meeting this year, to be effective from the new fiscal year which has begun since Sharwan 2076 B.S. The scale also includes the salary for the staffer to draw the least monthly payments from the state coffers is a recruit of the Nepal Police and the Armed Police Force. According to the annual budget announcement for the new fiscal, the government had announced to raise the salary of civil servants by 18 -20 percent in total.