Nepali People: Nepal is a multiethnic country and has prominently two different types of races that are Indo-Aryan people and people of Tibetiyan and Burmese ancestry. People from South and North of Nepal migrated to Nepal at different points of time and produced a country with diverse linguistics and ethnic.

In the hilly region, Hilly Brahmin, Kshetris, Baisya, Sudra caste people of Indo-Aryan family and Magar, Rai, Limbu, Tamang, Gurung, Chepang are people who live in the hilly region of Nepal and are of mixed races which consist of people following Buddhism, Kirant and Hindu religions.

In the mountainous region Sherpa, Thakali and Bhot people live who have close ancestry with Tibetiyan people. In the Terai region of Nepal, Brahmin, Kshetris, Vaisya, and Sudra of Indo-Aryan family, indigenous tribes of Tharu, Rana, and now due to large migrations of hilly and mountainous people in Terai region, Terai has become a common region for every ethnic Nepali people.

Mostly Brahmin, Kshetris, Vaisya and Sudra people are all over Nepal from east to west in the hilly and Terai region. 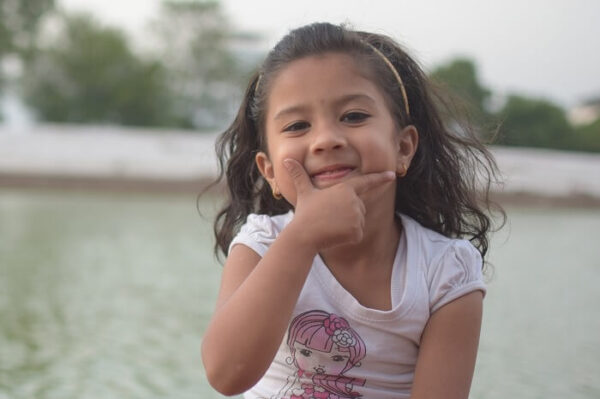 The earliest inhabitants and aboriginal people of Nepal are Newars from Kathmandu valley but they have been living in every administrative region’s capital since they were merchant and close to king as they were from capital city of the country, Tharu and Rana from Terai, Gurung, and Tamang from Western, Central, and Eastern Nepal, Magar from Western to Eastern Nepal, Sherpas and Bhot in the mountainous region of Western and Eastern Nepal and Khas or Pahari (Hilly region) Brahmin, Kshetri, Vaisya and Sudra of Farwestern hills as well as Madhesi (Brahmin, Kshetri, Vaisya and Sudra) people of terai are some of the earliest ethnic who came to Nepal and aboriginal to Nepal.

People of the hilly and Terai region of Farwestern Nepal also share common ancestry with Uttarakhand hilly people and with Rana and Tharus of Uttar Pradesh, Bihar, and Uttarakhand respectively. Similarly, Eastern Tamang, Gurung, Magar people of Nepal also share common ancestry and culture with people of Sikkim and Darjeeling. The migrations of different ethnic groups have been continuous in these regions from ancient times.

Bowing to the elder is a form of showing respect. Namaste and Namaskar are formal greetings used by Nepali people but within families to greet elder members of family and relatives, juniors usually do Dhog which is done by bowing down or by touching feet of elders and in return Elders give some blessings. While Namaste or Namaskar is greeted back by Namaste or Namaskar.

Nepal alone has 8 out of 14 highest Mountains peaks over 8,000m of the world. Mount Everest, Kanchenjunga, Lhotse, Makalu, Dhaulagiri, Manaslu, Cho Oyu, and Annapurna Mountains are in Nepal.

Nepal is home for all the Gurkhas serving around the world. Gurkha is the national army of Nepal. Nepali people serve in the British army, the Indian army, and Singaporean Police and have served as an army for many other British Colonies for hundreds of years. After the Anglo-Nepal war between British and Nepal, the British were highly impressed by the bravery of Nepali soldiers and made Nepal its ally. Gurkha is well known for bravery and made their name to be remembered in the world by fighting fiercely with the national weapon of Nepal, Khukuri.

Nepal is also known for giving birth to the “Light of Asia”, Gautam Buddha. Siddhartha Gautam, the founder of Buddhism, was born in Lumbini, Nepal as a prince of Shakya Kingdom who later became Gautam Buddha after attaining enlightenment. Nepal is also the center of faith for millions of Buddhists around the world.

Nepal is also known as the country of temples. There are hundreds of temples in Nepal, especially in Kathmandu city. It is impossible not to see a statue of God in each corner of the streets which is also worshipped by people living in that community.

As well as there are many big and significant temples such as Pashupatinath, Dakshinkali, Suryabinayak, Ashok Binayak, Guheyashwori, Siddhi Binayak, Chandra Binayak, Jal Binayak, Karya Binayak, SiddhiKali, Changunarayan, Nyatapol, Doleshwor Mahadev, Swayambhunath, Kasthamandap, Bhadrakali, Budhanilakanth, etc, etc. Along with these, every village in every district of Nepal has one or more local deity temples and there are KulDevta temples of every community.

Boudhanath, Pullahari Monastery, Namobuddha, Seto Gumba, etc. are Buddhists monasteries located in Kathmandu valley. Both religions people visit these shrines to pray and worship their deities. There are many Shaktipeeth, the temple of Adi Shakti or Durga and other goddesses in Nepal some of them are Ugratara, Shaileswori, Guheyashwori, Muktinath, Tripura Sundari, Gadhimai, Bhubaneswari, Bageshwori, etc.

Nepal is also best known for its unique flag which is the combination of two single pennons. The flag of Nepal is the only flag in the world which is not quadrilateral. It has three colors that are crimson red, white and blue. The flag also emblems of sun and crescent moon which are white in color in each penon. The color of each penon is red with a blue border. It is also the most mathematical flag. 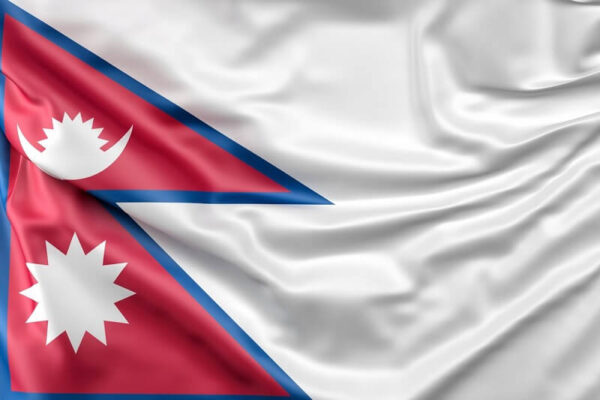 Herbs such as Spikenard (Jatamasi), Caterpillar fungus (Yarsagumba), Panch Aaule (Dactylorhiza hatagirea), Hemp (Bhang), Padamachal (Himalayan Rhubarb), Satuwa (Paris polyphylla), etc have high importance in Ayurveda and herbal medicine. It is believed that around 700 to 1600 species of medicinal herbs are found in Nepal.

Yes, Nepali people do speak English. Most of the people in Nepal speak Nepali English which is a variety of English influenced by the Nepali language. Many Nepali speak English as a second language as a primary language being Nepali. English is spoken for business purposes, international communication, trade, and offices. Nepali English is known as Nenglish.

In the 1850s, modern English education had begun in Nepal. Although, English in Nepal was mostly taught and influenced by Britishers. But there is little or no consensus among teachers and practitioners on whether to follow British or American variants of English or allow the development of Nenglish.

But Nepali learned English to communicate with a distant world such as the UK, Australia, the USA, etc. So Nepali English sounds are different than Indian English. The visit of Prime Minister of Nepal, Janga Bahadur Rana, to Britain played a high influence to start English education in Nepal but English education was only limited to the Royal family and Rana family members.

Every school in Nepal teaches English and most of the private organizations such as banks, schools, hospitals allow documents to be filled in English. Many of the academic documents such as transcripts are only available in English as well as citizenship documents are available in Nepali and English language. So, there is heavy use of English and most of the younger generation can easily communicate in the English language.

Nepal is a country with the highest percentage of the Hindu population in the world, but it became a secular country in 2008 ending the world’s last Hindu Monarchy. Although even when it was the Hindu Kingdom from centuries, there were no restrictions to practice any religions of other religious groups at any point in time in the history of Nepal.

Nepal always has freedom of religion and there has been no interference of government with religious groups in practicing religions. It can be said religious tolerance and harmony is the beauty of Nepal. Nepal is the place of origin of Hinduism as well as Buddhism and Kirant religion which has been practiced for centuries in Nepal. Along with Hinduism, Buddhism and Kirant, Islam, Sikh, Jain, Bodhi faith, etc are also practiced in Nepal. 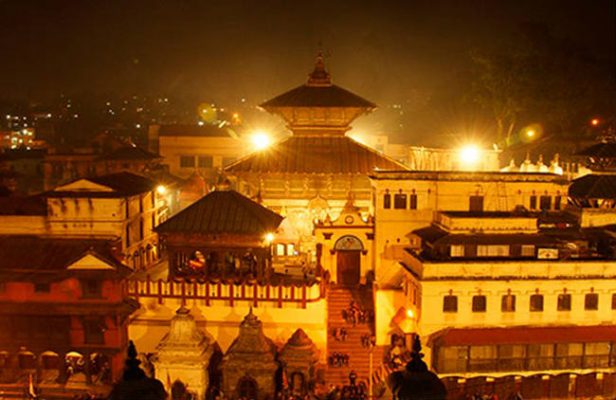 As Hinduism is a concept or identity given by foreigners to the people in South Asia following a common way of worshipping their gods, otherwise if Hinduism was categorized with a single main god that people follow there would be hundreds of different religions in Nepal only and millions of religions from Hinduism itself.

There are Vedic and Non-Vedic Hindu traditions, sects and tribes and there are numerous Non-Vedic Hindu sects that can emerge as independent religions such as Kirant. Actually, Hinduism is a combination of all kinds of worshipping of gods and as well as nature which also includes atheist people and deities of different tribes and villages of South Asia which made Hinduism a vast religion and identity of people living in South Asia.

The legal age for marriage in Nepal is 20 years of age for both males and females as per the existing law. However, if the marriage is with parental consent, both male and female can marry at the age of 18.

Before this law legal age of marriage for women was 18 as it is believed that women get maturity before men. But for gender equality, the Government of Nepal has changed the age for women and made it equal to man’s age.

The legal age of consent for sexual activity in Nepal is 16 years of age regardless of gender or sexual orientation.

Yes, Nepali people are normally friendly in nature. They are mostly cheerful and loyal. Nepali treats guests as gods as there is a phrase in Sanskrit, “Atithi Devo Bhava:” which means “Guests are gods”. They are mostly hospitable by nature and always been best friends of travelers. Nepal has been one of the safest and oldest ways to travel to China from the Indian Subcontinent and they have always been welcoming and hospitable to travelers and guests in Nepal.

Nepal also allows hundreds of tourists to visit Nepal and feel the presence of a clean and green environment and mountains. They always have been guides for tourists and guests. In general, also, Nepali never break friendships with friends and remain loyal to their friends. They will always return your Namaste with a smile.

Nepali culture is based on traditional values and religious beliefs and is a mixture of the Indian subcontinent and Tibet. As we know, culture values are set by traditional beliefs and religions, Nepali culture is also influenced by religions like Hinduism and Buddhism. The culture of Nepali people is to live in peace and harmony with coexistence.

Nepal has a diverse culture in each region; however, some festivals are celebrated by everyone such as Holi, Dashain, Tihar, Deusi Bhailo, Gai Jatra, Maaghi, etc. There is almost every day a festival in Nepal. People worship different animals such as cows, elephant, monkey, dogs, snakes, etc and plants such as Bar (Banyan Tree), Peepal, Tulsi, Amla tree, etc are also worshipped as well as stones or mud such as Shaligram, Shivalinga, etc and overall nature as they believe everything has presence of God in it.

A cow is considered as a Universal mother and slaughtering of cows is illegal in Nepal. Dal, Bhat, Roti, Tarkari, pickles are day to day cuisine of Nepali and have different special cuisines also in each culture. People traditionally do arrange marriages which are arranged by parents. It is normal to see two or three generations living in the same family as most of the people live in joint family and family is the most important for Nepali.

Juniors always respect the elders by traditional greetings of different cultures such as Dhog by bowing or touching feet or Darshan or by Namaskar and Namaste, etc. People fasts on different religious festivals and stay pure on such days. Alcohol and meat consumption can be seen normal in different ethnic groups for religious purposes but it is taboo in others, but none has an objection to the differences in culture and they also respect each other. So, the culture of Nepali is different in different places of Nepal.