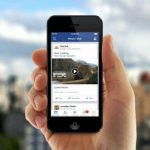 For those who post videos in Facebook have good news. Facebook is working on a plan that provides money to the Facebook users who post videos. Many websites have written about this as there are advertisements in those videos and payment is made on the basis of views.

Like YouTube, 45% of the total income will be owned by Facebook and the remaining 55% is earned by the user who posted the video. There is a condition set by Facebook where the video has to be produced by the one who posts it.

Many people and companies who were professionally involved in developing videos for YouTube are excited by this plan. It is reported that more than 20 Crore photos are posted on Facebook daily. Likewise, the number of video posts is also increasing rapidly.