Pokharel’s sisters were attending school in Wichita, then he too followed them and later on his parents also moved to the US. Dinesh has been using his stage name Arthur Gunn since 2018 after the release of his debut album “Grahan” in 2018.

The inspiration for Dibesh Pokharel includes John Martyn, Nick Drake, Bob Dylan, Bukka White, Robert Johnson, Howlin’ Wolf, Sonny Boy Williamson, and John Lee Hooker. He has taken singing seriously only a few years ago before that singing was just a hobby for him. He took singing seriously only the year before he came to Wichita.

In his Facebook profile, Dibesh Pokharel has answered a question about his percentage that he obtained in SLC examinations, which is about 81% that means he was a Distinction holder and a studious student too. And it’s great to see his great musical talent along with academic capability.

Here is everything that you need to know about Dibesh Pokharel aka Arthur Gunn:

Who is Dibesh Pokharel aka Arthur Gunn?

Arthur Gunn is a Nepali origin singer, songwriter living in Wichita, Kansas. His original name is Dibesh Pokharel. He moved to the USA six years ago and has appeared in the American Idol audition round. He is the first Nepali native to appear in the American Idol platform. 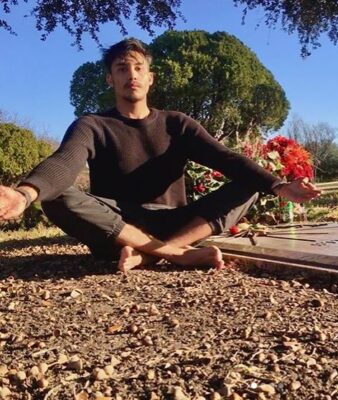 Dibesh Pokharel is 20 years old and was born in March 1999 in Kathmandu, Nepal. He completed his high school studies in Nepal and moved to the USA for further studies.

If you have watched the audition of Dibesh Pokharel in American Idol, Katy Perry asks the meaning of his name. In reply, he says it means “light”.

But in actual, “Dibesh” exactly doesn’t mean “light”, however, its meaning is close enough to the word light or enlightened. The word “Dibesh” means God Of Gods, which is another name of Lord Shiva who is also known as “Deva Di Dev Mahadev” (God Of Gods) and also this name is credited to God Indra, who is the king of gods in Hinduism. In actual, the similar Nepali word, “Deepesh” means “Lord of light”. He might have got confused with the meaning of his name as the meaning of these words is not really studied nowadays.

Gunn made it in front of celebrity judges Katy Perry, Lionel Richie, and Luke Bryan because he also was prominently featured in a sneak peek of the season released in December.

In the clip, Gunn strums his guitar in front of the celebrity judges as he performs a few lines from “Have You Ever Seen the Rain.” After, judge Bryan appears to say of him, “would like to open for me in Detroit, Michigan in two weeks”, Bryan was so impressed, he literally invited Gunn to do an opening in his concert.

Lionel Richie was also so impressed that he stood from his chair and went to Arthur Gunn and said, “you have no idea what this journey is gonna be for you.”

From these reactions of judges, we can assume how largely popular Dibesh Pokharel is going to be in the USA and all over the world. He is now already a hero for Nepalese people and won millions of hearts through his mesmerizing performance in the stage of American Idol.

There are many assumptions that Pokharel will remain for longer in the show as he has appeared in a commercial for the show that debuted during the Academy Awards on Sunday and has been in heavy rotation on the network ever since. He was featured in it along with other “American Idol” contestants singing along to Elton John’s classic song “Tiny Dancer.”

The commercial was presented as a tribute to a scene from the 2000 film “Almost Famous”. The American Idol host, Ryan Seacrest, was merrily driving the bus filled with contestants. And at the end of the commercial, he says, “These ‘Idol’ hopefuls are almost famous.”

All three judges of American Idol have highly praised the singing talent of Arthur Gunn. Pokharel was prominently featured in a sneak peek of the season at the starting of the audition video which was released in December 2019. He was able to mesmerize all three judges with his soulful voice. There are plenty of signs that he might be a real player on the new season of the American Idol.

Check also: Nepalese Population in the USA by Cities

Arthur Gunn Is From Kathmandu, Nepal

Dibesh Pokharel aka Arthur Gunn is a native of Nepal. He moved to the USA following his sisters who were attending school in Wichita. He is from Kathmandu, the capital city of Nepal, where he was born and spent his childhood. Later, he moved to Wichita, Kansas about six years ago. His family also now lives in the USA after he moved there. 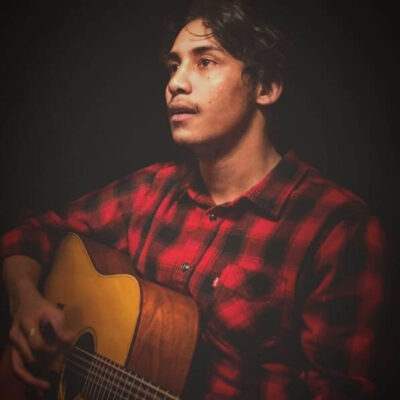 To audition in the American Idol show, Pokharel had submitted an online audition last year and was invited to attend the Wichita in-person auditions, which attracted a big crowd to Century II. The whole experience has been pretty wild, Gunn said in an interview.

Arthur Gunn said, “I’ve had a little bit of nervousness, but I always believed in my music and believed in myself that I could do it.”

Dibesh Pokharel sings many different kinds of music and his inspirations are too numerous to name. But most of the songs he has sung in his YouTube channel are acoustic rock sounds.

He used to sing in pubs and coffee houses in Nepal. More often he sang during gatherings of friends. He also recorded and released a Nepali music album “Grahan” with 8 songs. His “Nyano Ghar” is one of the hits from his album.

Dibesh Pokharel has been singing for a long time but only as a hobby. Later on, he took this hobby of singing seriously and started a YouTube channel with his stage name “Arthur Gunn”. He has released an album with 8 songs in the Nepali language in 2018 named “Grahan” written by himself and uploaded a bunch of songs on his YouTube channel including the songs of Grahan album.

Along with YouTube, his songs and album are also available on iTunes, Deezer, Spotify and Tidal. He has also performed some covers of American rock songs on his YouTube channel.

His YouTube channel has around 60.8k subscribers which surely might get higher up in the coming days. Gunn has also sung some of the cover songs on his YouTube channel. He has received 864k views in his Nepali language song “Nyano Ghar” of the “Grahan” album. He started this YouTube channel in July 2017 by uploading a cover song of “Wish I Knew You” by “The Revivalists”.

He has an overall 2 million views on his YouTube channel but this will increase exponentially with more exposure of his singing talent to the world through the stage of American Idol. He has also released three singles in 2019, including “Ma,” “Khoj” and “Karnali (The River)”.

The list of released albums and songs of Dibesh Pokharel Aka Arthur Gunn are:

Lujendra Ojha – Who Discovered Evidence of Water on Mars